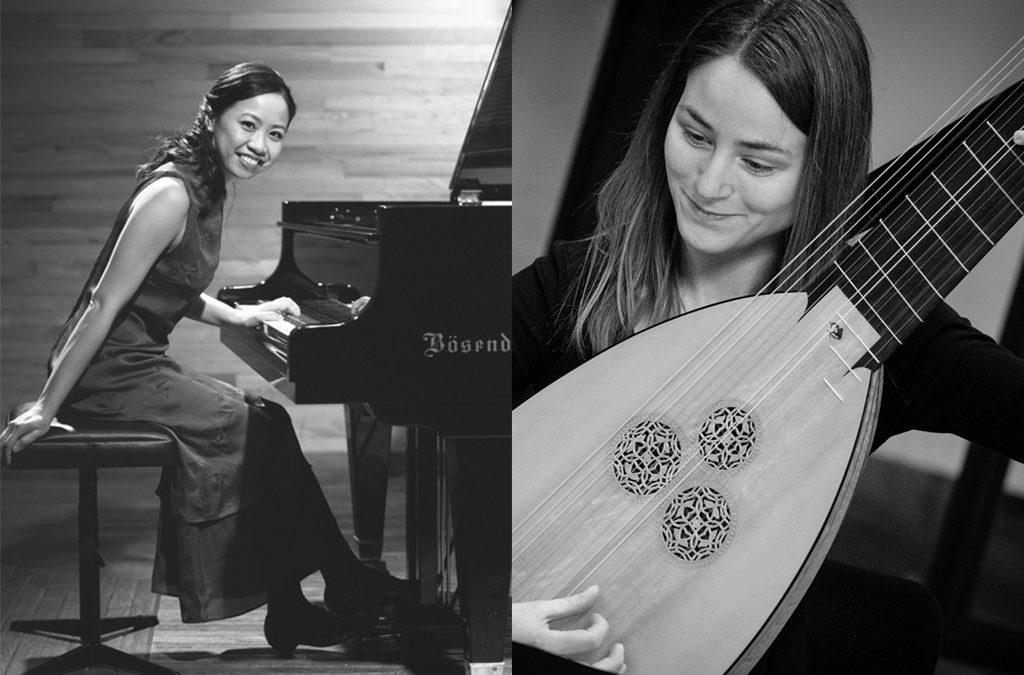 We are pleased to present you a very special concert: Yin Chiang is probably already known to some of you, especially with her interpretations of modern compositions. However, her repertoire is of course much broader and includes works by Ludwig van Beethoven and many other classical composers, which she most recently demonstrated impressively in 2019.
In this concert, she is accompanied by mandolinist Susanne Herre, who hereby finally makes her debut at the Musikstudio. As a prize-winner of many competitions, she has traveled the world on her tours, both solo and in orchestra with the Berlin Philharmonic, among others. She is also an acknowledged expert in historically informed performance practice. The detailed CVs of both musicians can be found further down the page.

So get ready for a wonderful musical experience! 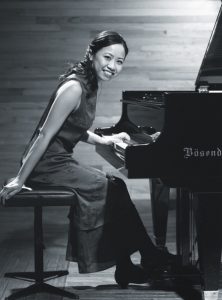 Yin Chiang was born in Taipei, Taiwan, where she received her first piano lessons at the age of 4. Before moving to Europe in 1995 she attended specialist music schools in Taipei. She then continued her piano studies at the University “Mozarteum” in Salzburg with Peter Lang and Hans Leygraf, where she gained the title “Magistra Artium”. Subsequently, she studied with Pierre-Laurent Aimard at the Musikhochschule in Cologne (HfMT) graduating with the “Konzertexamen” for chamber and contemporary music.

Her first solo performance with orchestra took place when she was 11 years old, in a tour throughout Taiwan. At the age of 16 she performed in a tour in China. Since then she has performed in many European countries as a piano soloist and chamber musician with, amongst others, the Salzburger Kammerphilharmonie, the Leopoldinum Chamber Orchestra, the Salzburger Musici Quartet, the E.T.A.Hoffmann Trio, the Cologne Vocalsoloists, the Duo Ensemble Présence, the Ensemble Garage, the Ensemble 20/21, the Ensemble DuoPlus, the Artwork Ensemble and the Gunnar Berg Ensemble. Moreover, she was invited to the International Ensemble Modern Academy, Klangspuren festival (both Austria), Lucerne festival Academy (Switzerland), Acanthes festival (France), Temporada Avuimúsica festival (Barcelona), the New Music Week (Shanghai), the Hörfest (Germany), Music with innovative Expressions (Taipei), China Time Festival (Hamburg, Germany). In 2002 she made her debut in the prestigious Mozartwoche festival in Salzburg playing the world-premiere of Spencer H. Shedler’s “Refraction” for piano solo. She was engaged as both, a pianist and music director responsible for two contemporary opera productions at the Kammeroper Köln (Cologne Chamber Opera). These were “Die Edelweißpiraten” by Snezana Nesic in the season 2007/08 as well as  “Weiße Rose” by Udo Zimmermann in the season 2008/09.
Yin Chiang has received scholarships from the Austrian Ministry of Education, Science and Culture, the Gisela and Erich Andreas foundation in Berlin and the NRW Arts Foundation in Germany. Her performances of works for solo piano by Luciano Berio have been broadcasted in Italian television, and many of her live performances have been broadcasted by radio companies such as Ö1, DRS2, WDR, and the “Institut de Recherche et Coordination Acoustique/Musique“ (IRCAM).
The focus of her artistic work is contemporary music, demonstrated by her collaboration with Ensemble Modern, Ensemble InterContemporain, and Pierre Boulez, as well as with various composers, such as György Kurtág, Helmut Lachenmann, Wolfgang Rihm, Marco Stroppa, Toshio Hosokawa, and Matthias Pintscher, only to mention a few. Since 2008 she has regularly given concerts and masterclasses about contemporary music at different music universities in China and Taiwan.

In 2006 she was granted the Austrian citizenship. From 2011 to 2012 she taught in the Shanghai Conservatory of Music. In 2012 she founded the C-Camerata, Ensemble for the contemporary music in Taipei. From 2013 to 2015 she translated the whole book of C.P.E. Bach’s “Versuch über die wahre Art das Clavier zu spielen”. In 2015 she recorded the CD “C.P.E. Bach: 8 Sonatas for the Keyboard”. 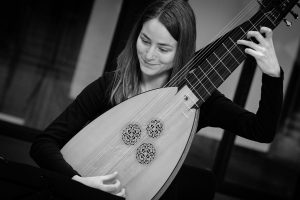 Susanne Herre’s first instrument was the mandolin which she later studied at the conservatory of music in Cologne. She was awarded several prizes in national and international competitions, participated in tours of the European Union Youth Orchestra and experienced the Lucerne Festival Academy under the direction of Pierre Boulez among other things.

During her mandolin studies, Susanne’s passion for the historically informed performance practice, especially on the instruments viola da gamba and lute increased, and as a result she studied both instruments with Rainer Zipperling and Konrad Junghänel in Cologne. Studies abroad followed: First with Emmanuelle Guigues (viola da gamba) in Villeurbanne/ Lyon (France), then with Philippe Pierlot and Mieneke van der Velden (viola da gamba) and Mike Fentross and Joachim Held (theorbo) at the Royal Conservatoire of The Hague where she obtained a Master’s degree.

Susanne’s performing activity is very varied and ranges from playing solo recitals and soloistic parts (solo concerto, passions, music theatre …) and chamber music on the viola da gamba, from playing basso continuo in vocal ensembles and orchestras on the theorbo, to playing mandolin parts in operas and symphonies, as examples. She has played with ensembles such as Vox Luminis, Concert Royal Köln, The New Dutch Academy, Concert d’Apollon, Capella Jenensis …, and with orchestras such as Museumsorchester Frankfurt (Oper Frankfurt) and Sinfonieorchester Wuppertal (Philharmonie Köln). She appeared on festivals such as ‘Festival de Saintes’ (France), ‘Varazdin Baroque Evenings’ (Croatia) and ‘Stary Sacz Early Music Festival’ (Poland) as well as on radio (Radio 4, Concertzender, MDR), television (NTR Podium) and in the film ‘Mysterious Masterpiece’.

In 2015 she founded the ensemble ‘La banda ariosa’ as a result of her research ‘The Viola da gamba in German Baroque Opera’ which is supported by the Charles Burney Fonds. Her interest for research on historical mandolins led to a lecture and the publication of an article for the Lute Society (Britain).