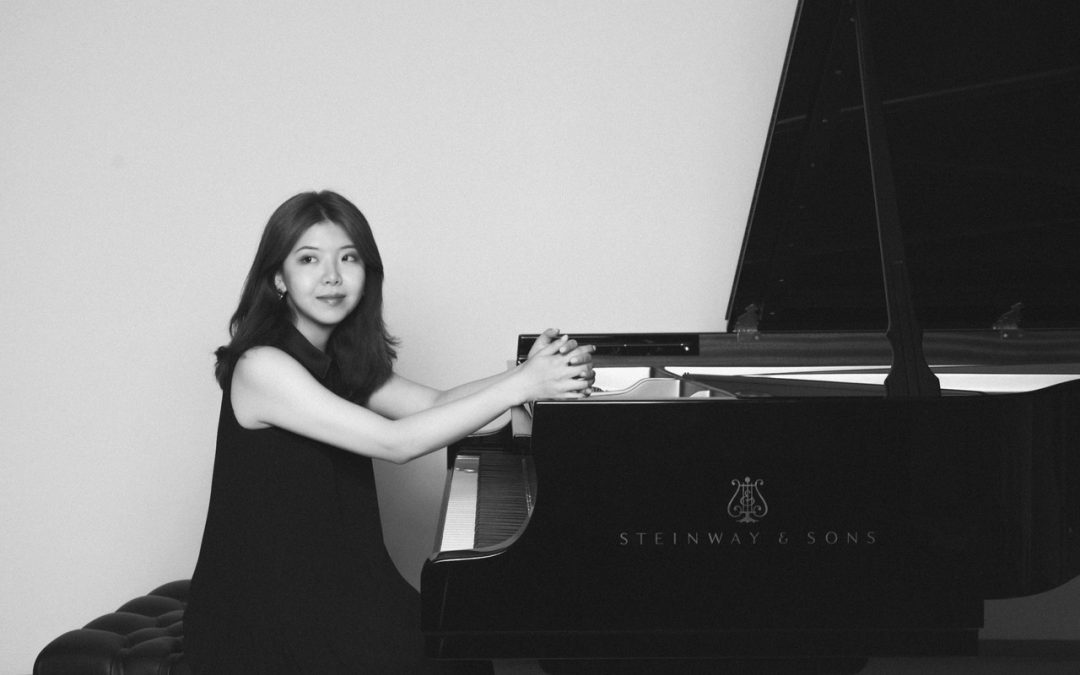 We are very happy to welcome Yizhuo Meng back to the Musikstudio:

Yizhuo Meng was born in 1996 in Hebei, China. She received her first piano lessons at the age of five. At the age of eight, she won first place at the “XingHai-bei” piano competition in her hometown Zhangjiakou (Hebei province). In 2008, Yizhuo Meng deepened her musical skills at the Central Conservatory of Music in Beijing with Prof. Jingzhuang Yao and Prof. Chun Wang.

In 2012, Yizhuo traveled to Germany to gain further musical impetus. She studied at the International College of Music in Hamburg with Prof. Delphine Lizé in 2012-2013, and later received a place from Prof. Gesa Lücker at the Hochschule für Musik und Tanz Köln in July 2013. During her studies, she expanded her knowledge in the field of early music with Prof. Gerald Hambitzer; new music with Tamara Stefanovich and Prof. Pierre Laurent Aimard; chamber music with Prof. Anthony Spiri, and song composition with Prof. Stefan Irmer and Michael Gees.

Yizhuo Meng has been a scholarship holder of “Live-Music-Now Köln e.V.” since April 2016 and has performed at numerous concerts in the Cologne-Bonn Metropolitan Area with her piano duo partner Franziska Staubach as well as mezzo-soprano Elena Rose. She has been studying “Master of Music” since October 2017, majoring in piano, at the HfMT-Cologne with Hungarian pianist István Lajkó and as a private student with Italian pianist Gabriele Leporatti.

In October 2018, she won the DAAD award – “for outstanding performance by foreign students” at HfMT-Cologne. She graduated from her master’s program in July 2020, and at the same time she got a job in Beijing as a piano teacher in the music studio “W Music Lab” under the guidance of pianist, professor at Tianjin Juilliard School, Xiaohan Wang. Yizhuo Meng’s students have won several international competitions and passed the qualifying examinations for various music colleges in the past two years.

Arranged for the left hand by Yizhuo Meng
from Studies for Pianoforte, Study No.5