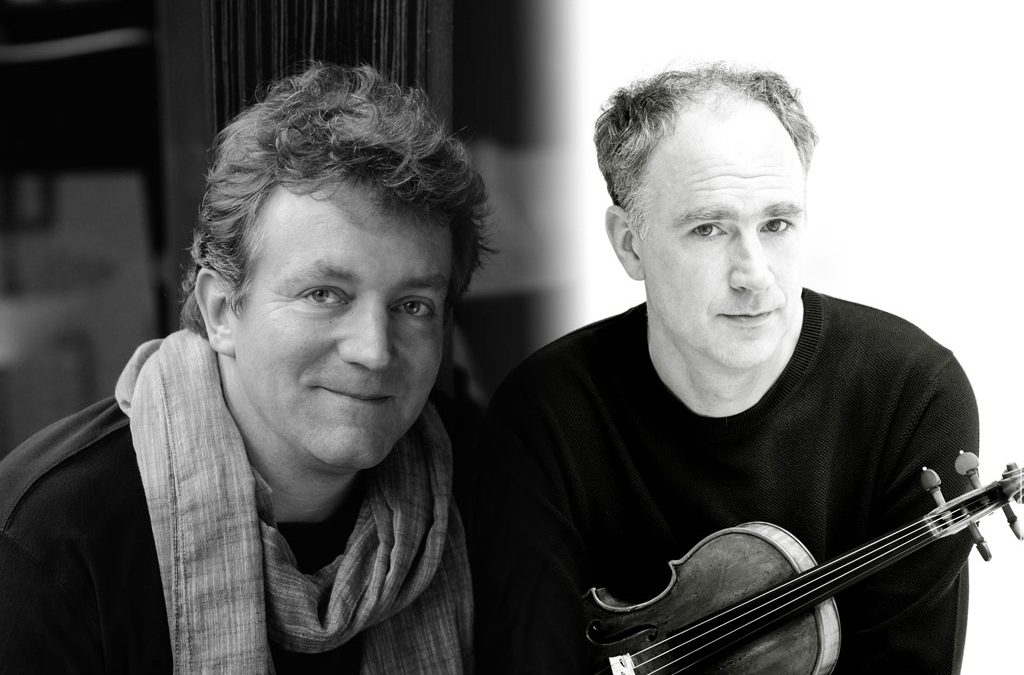 Pianist Tobias Koch last graced the Musikstudio in 2019 with a grandiose concert that transported listeners into a world of emotion and sound. A perceived eternity later, we are now finally looking forward to a renewed appearance of the master in dealing with historical keyboard instruments. However, this time he will not be performing as a soloist, but as a duo.

We are therefore especially pleased to be able to present Florian Donderer for the first time in the Musikstudio. The concertmaster, chamber musician, soloist and conductor is a master of both the viola and the violin, although this afternoon he will be heard on the latter instrument.

With such great musicians, a concert is guaranteed that you will certainly not soon forget! 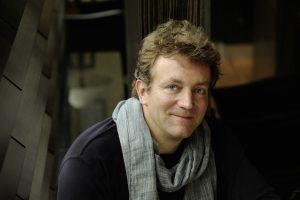 To probe the mysteries of sound with open-mindedness, versatility and with a sense of joy for discovery is the musical credo of Tobias Koch. Right from the beginnings of his musical career, Koch has been fascinated by the expressive potential of period keyboard instruments; he plays the harpsichord, clavichord, tangent piano, fortepiano, orphica, piano-pédalier, organ, and romantic grand piano in unorthodox and spirited performances — “with disarming spontaneity,” as a large German weekly put it. Koch chooses the most suitable instrument after extensive musicological research and performance practice studies, always leading to new results. For years, he has been considered one of the leading interpreters in the field of romantic performance practice, and particularly of the work of Robert Schumann. The German Radio MDR Figaro wrote: “Inspired and inspiring right from the beginning – Koch’s playing conjures up images that appear just as quickly as they fade away. Koch’s playing is infectious, every moment is an adventure.“

Koch’s comprehensive musical career has taken him to concert venues throughout Europe, North America, the Middle East and other regions of the world. As a soloist, chamber musician and Lied accompanist he performed at music festivals including the Schleswig-Holstein Music Festival, Ludwigsburger Schlossfestspiele, Verbier Festival, Warsaw Chopin Festival, Rheingau Music Festival, Beethovenfest Bonn, the Schumann Festivals in Düsseldorf, Bonn, Leipzig, and Zwickau, the Mendelssohn Days at the Gewandhaus Leipzig and many international festivals of Early Music.

Koch gained valuable artistic impulses in master classes at the music conservatories of Düsseldorf and Graz with David Levine, Roberto Szidon, Walter Kamper; he has received further musical stimuli from artists such as Jos van Immerseel, Malcolm Bilson and Andreas Staier. He is a recipient of the music award of the city of Düsseldorf, teaches at the Robert Schumann Conservatory in Düsseldorf, the Berlin University of Arts and the Warsaw Chopin University of Music and is a much sought-after lecturer at master classes throughout the world as well as at the Academies in Verbier and Montepulciano. In addition, he is jury member of renowned piano competitions such as the International Chopin Competition on Period Instruments in Warsaw or the German Chopin Competition.

Numerous productions for radio and television, publications on the subjects of historically informed performance, musical rhetoric and music aesthetics, as well as the edition of sheet music for the Wiener Urtext Edition and other publishers are part of his extensive musical portfolio and they complement his more than 40 CD productions with works by composers from Mozart to Brahms, many of them receiving international awards and critical acclaim. Among
them, most notably, are the recordings of all piano pieces by Ludwig van Beethoven and two CDs for the New Complete Beethoven Edition by Deutsche Grammophon, featuring a number of world premieres of newly discovered and previously unreleased works for piano. 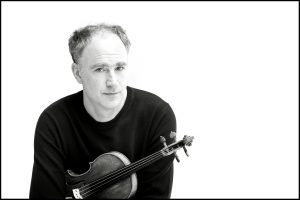 Violinist Florian Donderer, praised for playing with „exceptional beauty, breathtaking technique and shocking intensity“ is one of the most interesting musicians of his generation. He is a versatile musician, highly valued as chamber musician, soloist, concertmaster and conductor, collaborating with distinguished musicians such as Paavo Järvi, Viktoria Mullova, Elisabeth Leonskaja, Steven Isserlis, Lars Vogt, Alexander Lonquich, Matthias Görne and his wife and brother in law, Tanja and Christian Tetzlaff.
He is first violin of Signum Quartet, one of the most adventurous and outstanding string quartets of today. Concerts with Signum Quartet have taken him to international podia from Berlin‘s Boulez-Saal and Elbphilharmonie Hamburg to London’s Wigmore Hall and Concertgebouw Amsterdam. Future engagements include the quartet’s debut at New York’s Carnegie Hall in 2023. Florian Donderer is especially renowned as an artistic leader, directing orchestras from the concertmaster’s desk. He was longstanding concertmaster of one of the worlds leading chamber orchestras, “The Deutsche Kammerphilharmonie Bremen”, and was instrumental in defining what has become one of the orchestra’s hallmarks – playing without a conductor. Top Chamber Orchestras such as Scottish Chamber Orchestra, Kammerorchester Basel, Norwegian Chamber Orchestra, Sinfonietta Riga, Tallinn Chamber Orchestra and Camerata Bern, invite him as director and soloist.
He made his debut as conductor with Ensemble Oriol and Christiane Oelze at Berlin Philharmonic Hall, followed by a CD recording with Deutsche Kammerphilharmonie Bremen and Tanja Tetzlaff. He has conducted among others the Kammerakademie Neuss, the Südwestdeutsches Kammerorchester Pforzheim and Festival Strings Lucerne. Florian Donderer is artistic director of “Rottweil Musikfestival” one of Germany’s longest standing chamber music festivals. With his wife, Tanja Tetzlaff he is curating a chamber music series at Sendesaal Bremen. This season as seen him championing the violin concerto of Beethoven’s pupil Ferdinand Ries to great critical acclaim. He plays a violin built by German Violinmaker Peter Greiner in 2003 and bows by Nico Plog from Antwerp.

Current exhibition: Julia Dauksza
The gallery is open on saturdays between 14 and 18 pm.
After telephonic agreement the gallery can also be visited at other times.
Blücherstr. 14, 53115 Bonn
Phone: 0228-41076755