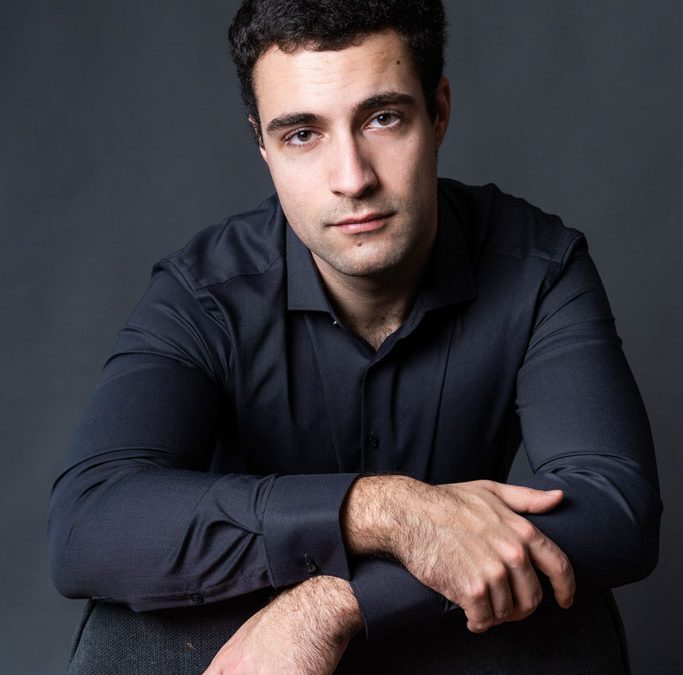 We are very pleased to welcome Georg Kjurdian to the Musikstudio:

Georg Kjurdian was born in Riga in 1994. He received piano and composition lessons (by Pēteris Vasks) at the Emīls-Dārziņš Music High School there. He then came to Germany to begin his piano studies at the Robert Schumann Hochschule in Düsseldorf with Barbara Szczepanska. He completed his Master’s degree in Professional Performance at the Folkwang University of the Arts in Essen with Hisako Kawamura. This was followed by studies with Arnulf von Arnim at the Musikhochschule Münster. Since 2021 Georg Kjurdian has been studying in the course “Instrumental Duo with Pianist” at the Folkwang University of the Arts with Evgeni Sinaiski.

He received further important impulses at master classes by Jacques Rouvier, Dmitri Baschkirow, Jan Wijn, Pavel Gililov, Imogen Cooper and Stephen Kovacevich, among others. His concert activities have taken him to concert halls such as the Jahrhunderthalle (Bochum), the Robert-Schumann-Saal (Düsseldorf), the Rhein-Mosel-Halle (Koblenz), the Gewandhaus zu Leipzig, Die Glocke (Bremen) and the Mercatorhalle (Duisburg). He has recorded for Latvian Radio (2015, 2021), WDR3 (2012, 2013) and MDR Figaro (2014).

Georg Kjurdian also regularly performs newer and newest music, such as the world premiere of a work by the young Latvian composer Linda Leimane.

The program includes a mazurka by Clara Schumann, the Davidbündlertänze op. 6 by R. Schumann, and two transcriptions (by Franz Liszt and Zoltan Kocsis) from Richard Wagner’s work “Tristan und Isolde”.

At the same time, this concert is also the prelude to the other highlight of this day: the artist Markus Neumann will celebrate his vernissage with us, which you should not miss! You can find more information about the vernissage here.