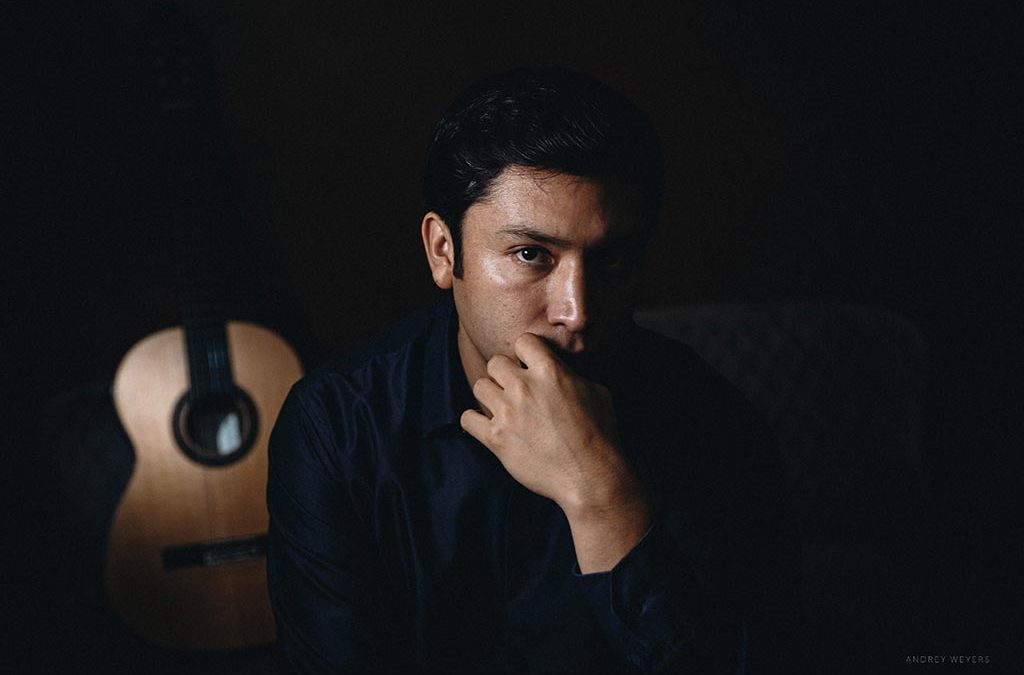 We are very pleased to introduce guitarist Missael Fragoso! After completing his Bachelor’s degree in music in his native Mexico, he moved to Germany, where he has since completed not only his Master’s degree, but also his concert exam – the highest qualification in the music world. In addition to numerous artistic awards and numerous performances in Latin America as well as Europe, Fragoso also dedicates himself to young musicians as a teacher.

Today, the musician honors us with a demanding and spirited program of (partly contemporary) Latin American musicians, but the program also includes European classical music with pieces by Johann Sebastian Bach.

At the same time we celebrate today the vernissage of the Bonn artist Ruth Tauchert. More information about the exhibition: click here 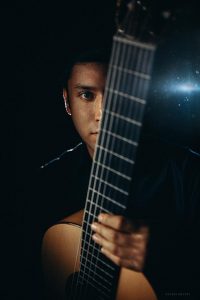 Born in Mexico, guitarist Missael Fragoso studied at the Escuela Superior de Música de la Ciudad de México (INBA) under the artistic direction of Ernesto García de León and graduated with a music diploma with distinction in 2014. In 2015, he continued his studies in Germany. He took up postgraduate studies in music performance at the Robert Schumann University in Düsseldorf. After 2 years, he earned a Master’s degree in Music Performance under the guidance of Professor Alexander-Sergei Ramirez. In 2021 he extended his musical qualification and passed another postgraduate course concert exam with distinction. With this, he achieved the highest degree in music studies with distinction.

During his studies, Missael Fragoso received scholarships from the Mexican Ministry of Culture in the categories “Development of artistic groups FOECAH” (2009/10) and “Individual artistic development” (2011/12). At the national competition of the guitar ensemble “Felipe Villanueva”, his duo Yo-ho B-ida won the first honorary prize in the 2010 edition. He was also a scholarship holder of the German Academic Exchange Service (DAAD) for musical talent and achievement in 2015 and 2017.

Current exhibition: Ruth Tauchert
The gallery is open on saturdays between 14 and 18 pm.
After telephonic agreement the gallery can also be visited at other times.
Blücherstr. 14, 53115 Bonn
Phone: 0228-41076755