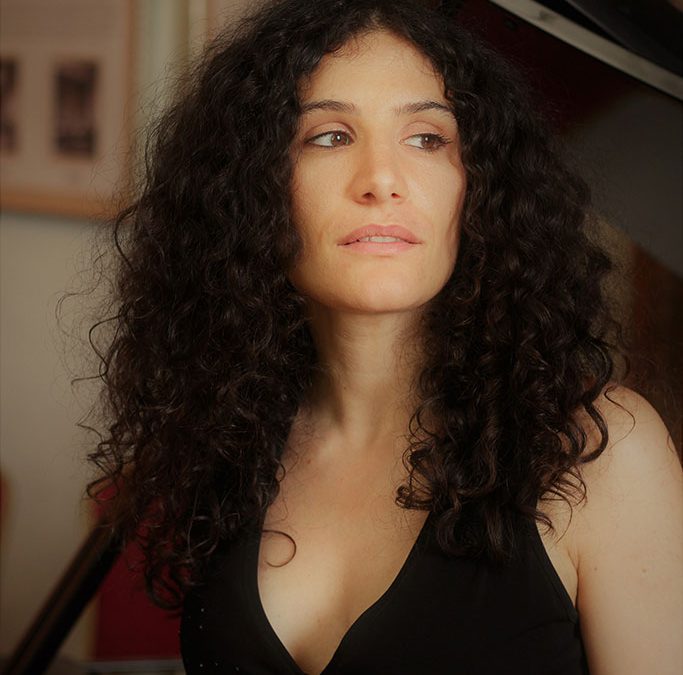 We are very happy to welcome again pianist Sara De Ascaniis to the Musikstudio! Last time she performed together with Irakli Tsadaia in a wonderful concert with mainly French composers. This time, however, we are off to Sara’s native Italy. This time we will be hearing works by Domenico Scarlatti, Feruccio Busoni, Giuseppe Martucci and Johann Sebastian Bach in an arrangement by Busoni.

You can look forward to a sonorous introduction to the sunny season!

Born into a family of musicians, Sara De Ascaniis began playing the piano by ear at the age of two, improvising on her own. She began her training at the age of seven when she entered the Arrigo Pedrollo Conservatory of Music in Vicenza. Three years later she already gave her first recital, which was followed by her debut with orchestra with Mozart’s Piano Concerto K414.

Since then she has performed regularly as a soloist and with orchestra both in Italy and abroad. She has been invited to numerous festivals, such as La Società dei Concerti of Milan, Festival LeXGiornate of Brescia, Maggio della Musica of Naples, Oberhausen Festival, Internationaler Konzertverein Bodensee, Aurora Chamber Music Festival in Sweden, Salzburg Chamber Music Festival, iPalpiti Festival in California.

Her performances as a soloist and chamber musician have taken her throughout Europe, in Canada and in the USA, where she has performed in famous concert halls such as La Fenice in Venice, Sala die Giganti in Padua, Teatro dal Verme in Milan, Teatro Bibiena in Mantua, Ehrbar Hall in Vienna, Wiener Saal in Salzburg, Tanna Schulich Hall in Montréal, Bing Theatre in Los Angeles. She has performed frequently with various instrumentations from duo to quintet, working with artists such as Wolfgang Redik, Rainer Schmidt, Igor Ozim, Enrico Bronzi and Alois Brandhofer.

Since the age of 9 she has won numerous piano competitions, among which the J.S. Bach Prize of Sestri Levante, Recanati Prize, R. Schumann Prize of the Rospigliosi Competition in Lamporecchio, Matteo Molinari Prize of Vicenza, “Young Talents” of Venice, Silvio Omizzolo Prize of Padua, Vito Frazzi Prize of Florence, Mozart Prize at the Mozarteum Salzburg, International Piano Competition of Baden-Baden. Her interpretations of Beethoven’s Piano Concerto n. 3 and Schumann’s Piano Concerto have been broadcasted with great success by the Italian Radio. In 2022 her first album “Fantasies” with works by Schumann, Chopin and Scriabin will be released.

She devotes herself enthusiastically to piano teaching and, after obtaining a master’s degree in instrumental pedagogy at the Mozarteum in Salzburg, began her professional career at various music schools in Berlin. She was also a professor of piano at the Cesare Pollini State Conservatory in Padua, Italy (2017 to 2019) and at the Luca Marenzio Conservatory in Brescia (2019). Since 2021 she is a lecturer at the Municipal Music School Treptow- Köpenick in Berlin and at the Conservatory Giuseppe Tartini in Trieste.

I’m looking forward to your visit

Current exhibition: Milena Kunz-Bijno presents “The years colorful dress”.
The gallery is open on saturdays between 14 and 18 pm.
After telephonic agreement the gallery can also be visited at other times.
Blücherstr. 14, 53115 Bonn
Phone: 0228-41076755