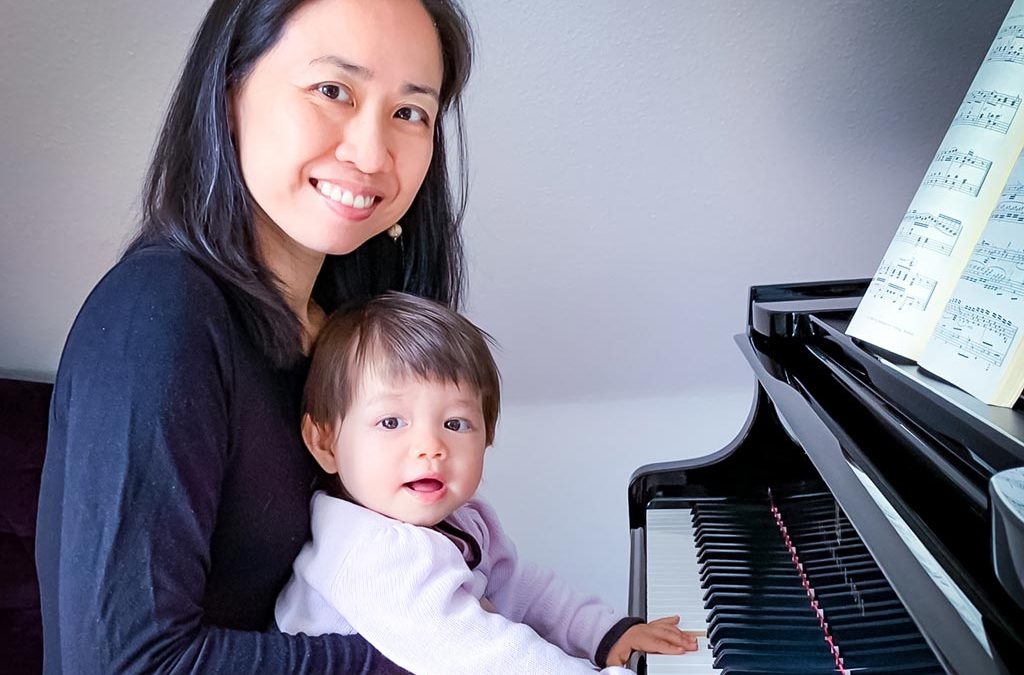 Baby Concert: From Mozart to Cage

Music is an instinctive primal language of humans. The myth that Mozart’s music makes babies smarter is not so far-fetched. The cheerful, positive energy of his music stimulates adults and babies alike. Babies love anything that repeats. That’s why the variation form – as in Mozart’s “12 Variations on ‘Ah, vous dirai-je, Maman'” – is made for them.

Our brain – even that of babies – intuitively distinguishes between music “from the can” and live music. Live music is irreplaceable and offers a much more intense listening pleasure than a CD. The concert bridges the gap between Mozart and John Cage. Cage was both a composer and a philosopher. He retained something childlike in his music. In his piece “In a Landscape,” the listener is immersed in a timeless landscape of the soul as a dreamy melody repeats itself several times. The concert allows not only babies a first encounter with high culture, but also parents a relaxed communal experience with their children.

The concert is designed exclusively for parents with child(ren) up to the age of 2. Unfortunately, it is therefore not possible to bring older children.

Due to the current situation, we are unfortunately forced to enforce stricter hygiene standards for this concert.

We therefore ask for the following proofs (either digital or printed):

– proof of a double vaccination against Covid19 or
– proof of recovery from a Covid19 infection.

Children who have not yet reached the age of 6 are exempt from the mask and testing requirement. 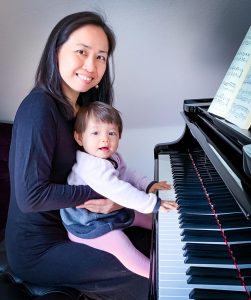 Yin Chiang was born in Taipei, Taiwan, where she received her first piano lessons at the age of four. Before moving to Europe in 1995, she attended special music schools in Taipei. She continued her piano studies at the Mozarteum in Salzburg with Peter Lang and Hans Leygraf, where she graduated with the title “Magistra Artium”. She then studied with Pierre-Laurent Aimard at the Cologne Musikhochschule (HfMT), where she graduated with the “Konzertexamen” (concert exam) for chamber and contemporary music.

She made her first solo appearance with orchestra at the age of eleven on a tour in Taiwan. She also performed on a tour in China at the age of 16. She has played with various high-ranking ensembles, including the Salzburg Chamber Philharmonic, the Leopoldinum Chamber Orchestra, Salzburg Musici Quartet, ETA Hoffmann Trio, Cologne Singers, Duo Ensemble Présence, Ensemble Garage, Ensemble 20/21, Ensemble DuoPlus, Artwork Ensemble and the Gunnar Berg Ensemble. She has also performed at the International Ensemble Modern Academy and Klangspuren Festival (both Austria), Lucerne Festival Academy (Switzerland), Acanthes Festival (France), Temporada Avuimúsica Festival (Barcelona), New Music Week (Shanghai), Hörfest, Music with innovative Expressions (Taipei), and China Time Festival (Hamburg). She made her debut at the prestigious Mozart Week in Salzburg in 2002 with the world premiere of Spencer H. Shedler’s “Refraction” for solo piano. She was engaged as pianist and music director for two contemporary opera productions at the Cologne Chamber Opera: “Die Edelweißpiraten” by Snezana Nesic in 2007/08 and “Weiße Rose” by Udo Zimmermann in 2008/09.

Yin Chiang has received scholarships from the Federal Ministry of Education, Science and Culture, the Gisela and Erich Andreas Foundation in Berlin and the Kunststiftung NRW in Germany. Her performances of works for solo piano by Luciano Berio have been broadcast on Italian television, and many of her live performances have been broadcast by radio stations such as Ö1, DRS2, WDR and the “Institute for Research and Coordination Technology / Music” (IRCAM).

Yin Chiang’s main focus is contemporary music, which is evident from her collaborations with composers György Kurtág, Helmut Lachenmann, Wolfgang Rihm, Marco Stroppa, Toshio Hosokawa, Matthias Pintscher and Pierre Boulez, among others. Since 2008, she has given regular concerts and master classes in contemporary music at various music universities in China and Taiwan.